Главная > Joint comments by the EU Delegation to Belarus together with the diplomatic missions of the EU Member States and the Embassies of the UK, the US, Switzerland and Japan on a meeting with Belarusian Foreign Minister Makei

Joint comments by the EU Delegation to Belarus together with the diplomatic missions of the EU Member States and the Embassies of the UK, the US, Switzerland and Japan on a meeting with Belarusian Foreign Minister Makei

Today, Foreign Minister Vladimir Makei met with the heads of diplomatic missions working in Belarus. The heads of the diplomatic missions of the European Union, the United States of America, the United Kingdom and Japan used the occasion to reiterate their governments’ positions on the situation in the country and on the available means for achieving a peaceful and sustainable resolution of the political and human rights crisis that has developed in Belarus over the past year. The diplomats noted that the crisis in Belarus is escalating: the persecution of the opposition, media, civil society, and the society at large, including the Polish community in Belarus, has increased.

The diplomats inquired about the Belarusian authorities' plans with regard to meeting the demands of the country's constitution and international obligations pertaining to fundamental rights and freedoms and the rule of law. The diplomats called on authorities to respond to the Belarusians people’s demands to:

- immediately halt the persecution of all persons engaged in the pro-democracy movement, independent media and civil society; demonstrate respect for the freedoms of opinion, expression and assembly;

- immediately release and rehabilitate all political prisoners and those unjustly detained;

- without delay, investigate human rights violations and prosecute those who authorised and perpetrated acts of violence, torture, inhumane treatment and unlawful actions that have resulted in injuries, trauma, loss of life, as well as in the general environment of lawlessness in the country;

- start a credible and inclusive political process resulting in free and fair elections under the OSCE/ODIHR’s observation.

The diplomats also informed the Minister of the potential for positive development in respective bilateral relations should the authorities of Belarus take tangible and significant steps toward ensuring adherence to democratic norms in the country. The heads of missions called upon the host-country authorities to refrain from actions impeding the ability of the diplomatic community in Belarus to execute its standard diplomatic duties in an atmosphere free from intervention and intimidation. The heads of mission also shared their expectations that the Belarusian side would allow the Lithuanian, Polish, Latvian, UK, and US colleagues who had been asked to leave the country to return to Belarus.

The diplomats reiterated that their governments still stand ready to support and facilitate an inclusive national dialogue in Belarus with a view to helping safeguard Belarus’s sovereignty and independence as well as a safe, democratic, and prosperous future. In the view of the transatlantic community of nations, the cornerstones of sovereignty include consent (not submission) of citizens, social solidarity and security, vibrant institutions, and a free press. 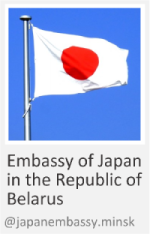